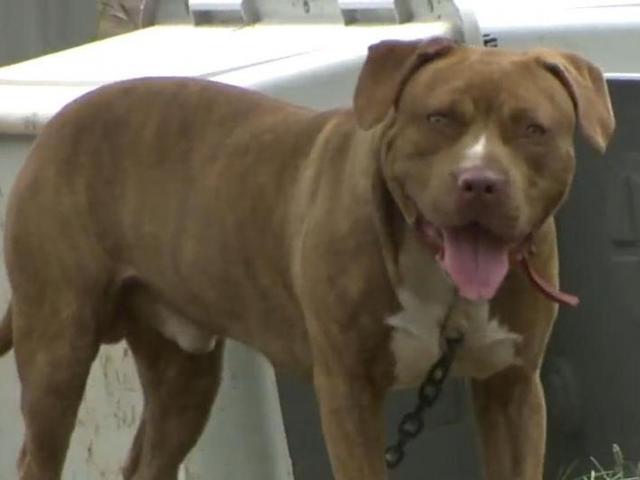 Raleigh, North Carolina – Animal rights activists and rescued dogs are hoping to convince North Carolina lawmakers to vote on a proposal to ban the tethering or chaining of dogs in harsh weather conditions.

On Tuesday, People for the Ethical Treatment of Animals (PETA) were outside the legislative building lobbying for a statewide ban on keeping dogs chained outdoors.

The bill they are pushing is called the Fiona Mae Wagglebottom Law, after the bill’s sponsor’s rescue dog, who was once tethered.

The bill would make it illegal statewide to leave dogs tied outside when it’s below freezing, above 85 degrees, or during storms or hurricanes. It would also define adequate shelter or space to keep a dog.

Rachel Bellis of PETA said workers in her group had found many dogs chained to death from heat.

“There are countless dogs in the state right now that are chained up 24/7, 365 days a year,” Bellis said. “Many of them do not have adequate housing. They cannot reach their food or water if they have it.

Some cities and counties have already made logging illegal, but a statewide ban is unlikely to pass, at least this year.

Many Republicans in the House and Senate oppose animal welfare bills. They said such a bill would be a slippery slope to animal rights bills that could harm or ban the state’s hog and poultry industries.

It is one of hundreds of bills introduced this session that will likely never be heard.