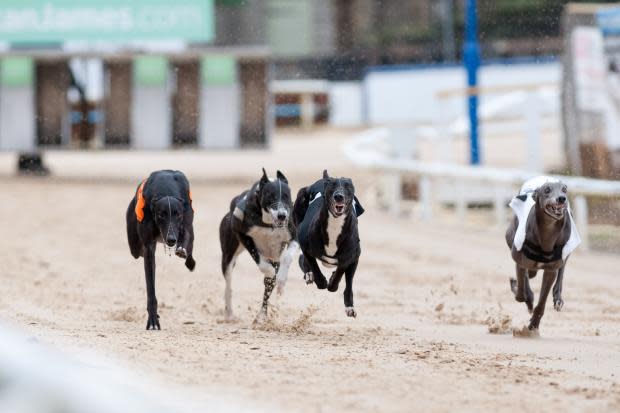 An animal rights charity says the majority of people in Oxfordshire are against the return of greyhound racing.

Using data from a survey conducted by research consultancy Savanta ComRes, PETA and the League Against Cruel Sports claim that most people in the county (71%) would prefer to see the stadium used for other purposes.

Kate Werner, PETA’s campaign manager, said: “The majority of people in Oxfordshire don’t want to see the return of greyhound racing and would not attend the races, which chew up sensitive, intelligent dogs and dump them as used betting slips.

“We call on local officials to respect the opinions of the people they represent and to oppose greyhound racing at Oxford Stadium.”

Emily Lawrence, Regional Campaigns Manager at League Against Cruel Sports, added: “It’s no surprise that the majority of people in Oxfordshire don’t want to see greyhound racing back in the city.

“Greyhound racing is cruel and outdated, and people are increasingly aware of the health and welfare implications of dog racing.

“No dog should ever be forced to run if there is a known risk of injury, or worse, death.”

The poll saw 206 people respond, and when analyzing the data, “don’t know” responses were removed regarding the question about an alternative use of the stadium.

For this question, 153 people had an opinion.

The methodology was criticized by Oxford Stadium chief executive Kevin Boothby, who said: “PETA’s survey is based on the opinions of 153 people – or 0.0002% of Oxfordshire residents.

“It’s disappointing PETA and its campaign leaders view this appalling turnout as opinions that represent the views of the entire county.

“To suggest that racing greyhounds are ‘thrown away like used betting slips’ represents a complete lack of knowledge and understanding of not only our sport, but also the care and attention our dogs receive around the clock, 7 days on 7.

“We will proactively engage with PETA and its campaigners as well as anyone else in Oxfordshire concerned about the welfare of greyhounds at our facility by hosting an open event to educate people that greyhounds are loved and cared for.”

Jeremy Cooper, Chairman of the Greyhound Board of Great Britain and former chief executive of the RSPCA, added: “Welfare is absolutely paramount in greyhound racing and everyone involved is deeply committed to always putting health and good -to be one of our greyhounds first.

“Polls like this, with a small sample size and carried out by militant organizations with extreme aims, only serve to deepen the myths and misconceptions that exist and are not an accurate representation of British opinions – or even those of the local Oxford community”.

This story was written by Liam Ricehe joined the team in 2019 as a multimedia reporter.