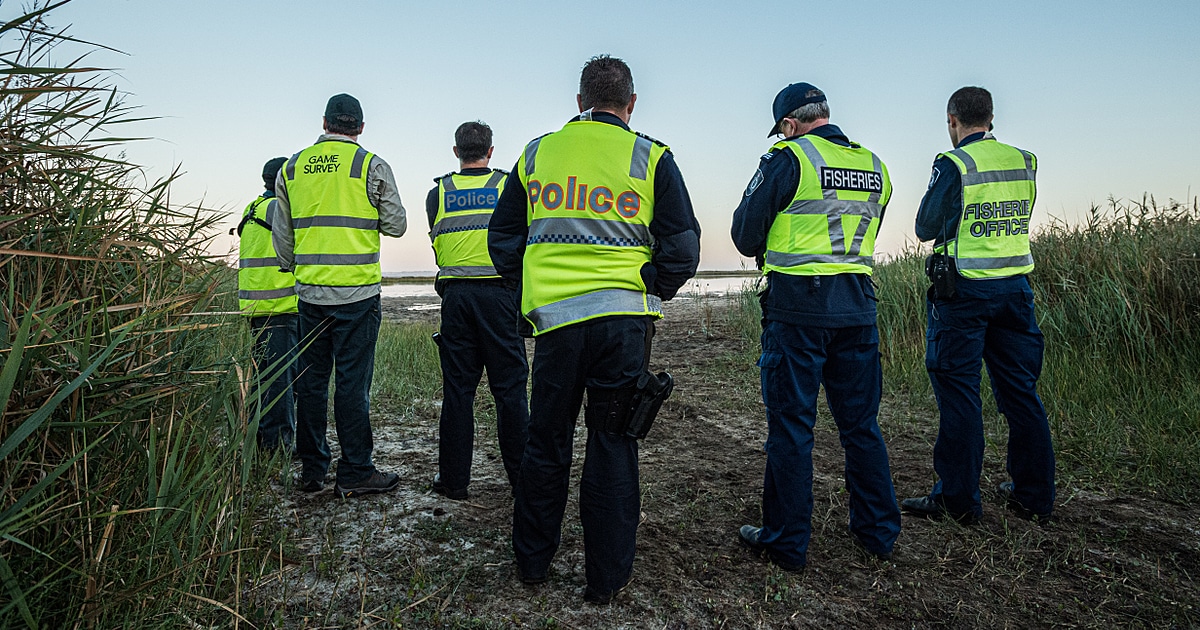 The European Union has a much-discussed problem: its inability to properly enforce animal protection laws. The possibility that lax enforcement of animal laws means missed opportunities to combat human crimes is less discussed.

Mark Randell, a former British police detective, believes that until animal crimes are seen as an indicator of community dysfunction and future violence against other humans, opportunities to catch criminals will be wasted. This belief led him to found Hidden-In-Sight, a training program that helps law enforcement, NGOs, and other agencies understand the benefits of prioritizing animal crime.

“We know that when you tackle animal abuse, you get less rape, less drug abuse,” Randell told Sentient Media, citing a series of studies and his own experience. “Take animal sexual violence. It is inextricably linked to child sexual abuse,” he said. That means if law enforcement devotes resources to actively cracking down on animal abuse, he says, they will almost certainly find more sexual predators.

Combating domestic violence is another area that benefits from a focus on animal abuse, he said, primarily because abusers have been known to use pets to exercise coercive control over their partners. Coercive control is a term used to describe the emotional and psychological ways one person attempts to control or manipulate another. In Scotland, a recent Domestic Violence Bill includes farm animals as a risk of coercive control.

Another example is dogfight rings. “We can find more drugs with dogfight warrants than with drug warrants,” he said, adding that a recent British study found that “many gangsters and drug dealers involved in dog fights, especially because they can afford the bets”. .”

But instead of viewing animal abuse as a crime-fighting opportunity, Randell suggests that police often treat it as a side issue. “In terms of policing, domestic violence and drugs are the priority,” he said. This view, he says, is compounded by a sense that animal abuse is somehow beyond the purview of the police, seen more as the domain of NGOs and activists.

And when the police go out of their way to protect animals, they are often penalized for it. In Spain, two police officers are currently fighting to be reassigned to judicial duties after more than 40 animal rescues. Randell said he was not surprised by the case. He thinks officers, who view their reassignment to court as a punishment, are likely victims of the idea that animal law enforcers are overlooking more serious issues.

Randell’s words mirror comments made by an anonymous police source to Spanish newspaper El Pais about the work of police officers, Flor Peña and Alberto Venera. The source claimed the officers, who won praise and an award for their animal work in the town of Alcalá de Henares, just east of Madrid, were “neglecting other duties”.

Peña and Venera, who remain assigned to court duties where they have no contact with the community or animals, are currently preparing a workplace harassment lawsuit, which they hope will be heard this year.

Further up the enforcement chain, animal rights lawyers see the same problem, saying that despite the EU’s relatively high reputation for animal welfare, animal rights are often seen as a lower priority. . Some think it is an active problem rather than a passive one.

“I often have the impression that, unfortunately, animal welfare is treated as secondary by European institutions and national governments to other issues such as competition or economic interests,” said Manuela. Giacomini, a Genoa-based lawyer who works with animal NGOs. .

Alice DiConcetto, a lawyer and founder of the European Institute for Animal Law and Policy agrees, pointing out that while EU members are “notoriously ignorant” of certain decisions, including the signing of animal transport animals “they know that they will not respect EU rules once they leave on EU territory”, the EU has not launched “a single infringement procedure” against the violation of the rules.

By the EU’s own admission, most recently in the November 2021 recommendations of a special EU committee on animal transport, its nations are doing a poor job of enforcing animal protection laws. In one of many examples, the recommendations call on the European Commission to “exercise stronger enforcement powers, in particular in the face of recurrent and repeated breaches of the Regulation”.

One potential solution, says Antoine F. Goetschel, attorney and founder of the Global Animal Law GAL Association, is to appoint a public animal advocate to represent animal interests in every criminal proceeding. Because current systems “do not appropriately view the animal as a victim,” Goetschel told Sentient Media, the change would mean animals had “their own legal voice in criminal proceedings.”

The move, he says, would be particularly important because animal welfare is “in opposition to economic interests”, a situation which “makes it difficult to make their voices heard”.

The European Commission has not responded to emails highlighting failures to enforce animal protection laws.

How many animals are killed every day for food?

Sophie Kevany holds an MA in Journalism from Dublin City University and an undergraduate degree in History of Art and Classical Civilization from Trinity College Dublin. A freelance journalist, she writes regularly for The Guardian, The Irish Times and other publications. His previous experience includes stints at Dow Jones and Agence France Presse (AFP).