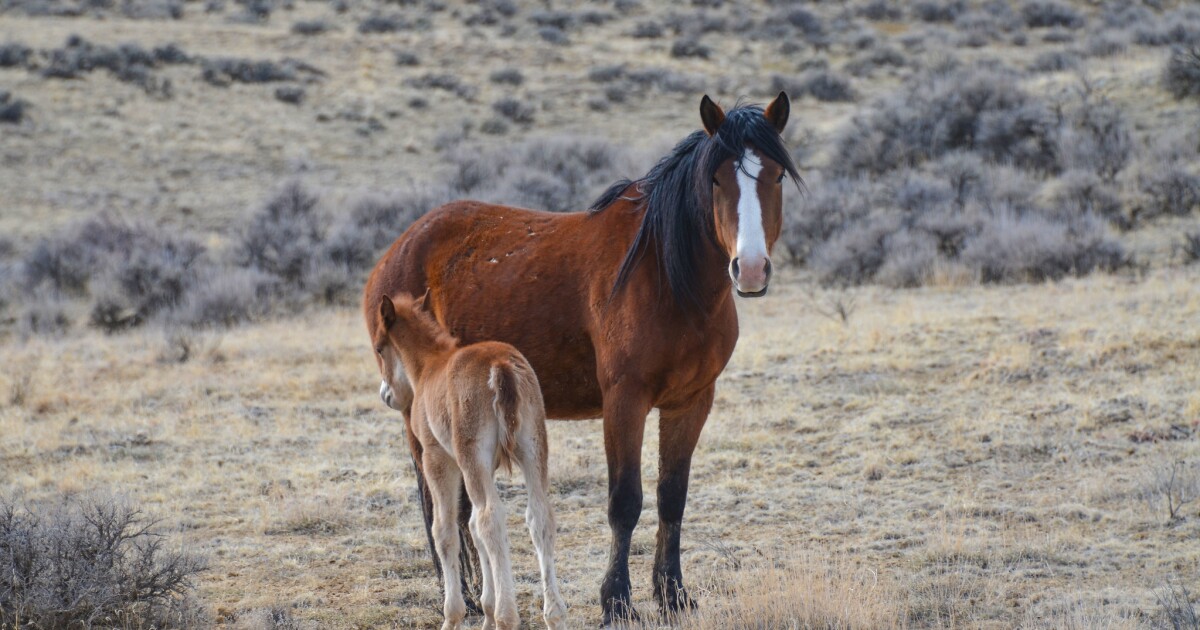 The Bureau of Land Management is rounding up hundreds of wild horses in the northwest part of the state this summer in what is expected to be the largest horse roundup in state history.

According to the office, there are more wild horses in the area than the land can support, but critics worry about the health of the animals during the roundup.

Gathering of the Piceance East Douglas herd began in June with bait traps used to lure the animals into the corrals, but it was slow at first. The office collected 18 horses over the course of several weeks.

In order to round up the remaining horses, the office changed tactics – in July it introduced horsemen and helicopters. Since this week, 780 wild horses were rounded up.

Although helicopters have been much more effective at rounding up the animals, they are also the main source of dissatisfaction with critics, who find the use of helicopters inhumane.

“The helicopter basically terrorizes these animal populations through a hunt for miles and miles,” said Scott Wilson, Colorado spokesman for the American Wild Horse Campaign.

The purpose of the video is to raise awareness, according to Wilson.

“I’m constantly amazed at how few people in Colorado know that wild horses exist in Colorado,” he said.

Wilson also said horses were scapegoats and cattle were responsible for the overgrazing. He wants to see fewer horses mustered and musters carried out without the use of helicopters.

Steven Hall, director of communications for the BLM in Colorado, said the office takes horse welfare seriously and that the office’s role is to manage the wild horse population in harmony with environmental health and human rights. other land uses.

The BLM has been responsible for managing the wild horse population since the passage of the Wild Free-Roaming Horse and Burro Act of 1971.

Contrary to what their name might imply, Hall said feral horses are a domesticated species and as such don’t have many natural predators in the ecosystem. “Certainly not enough predators to control population growth,” he added.

He said the horse roundups are therefore necessary to avert mass starvation.

BLM researchers found evidence of malnutrition in feral horses emerging from winter and moved the roundup, originally scheduled for September, to early summer.

Hall also said death and serious injury rates are about the same for helicopter and bait trap gatherings, citing a ten–annual review of BLM data from the University of Wyoming.

The BLM is transporting Piceance East-Douglas horses to a detention facility in Utah after nearly 150 horses died in captivity following a flu outbreak in Cañon City this spring. Once at the new facility, the animals will be open for adoption by the public.